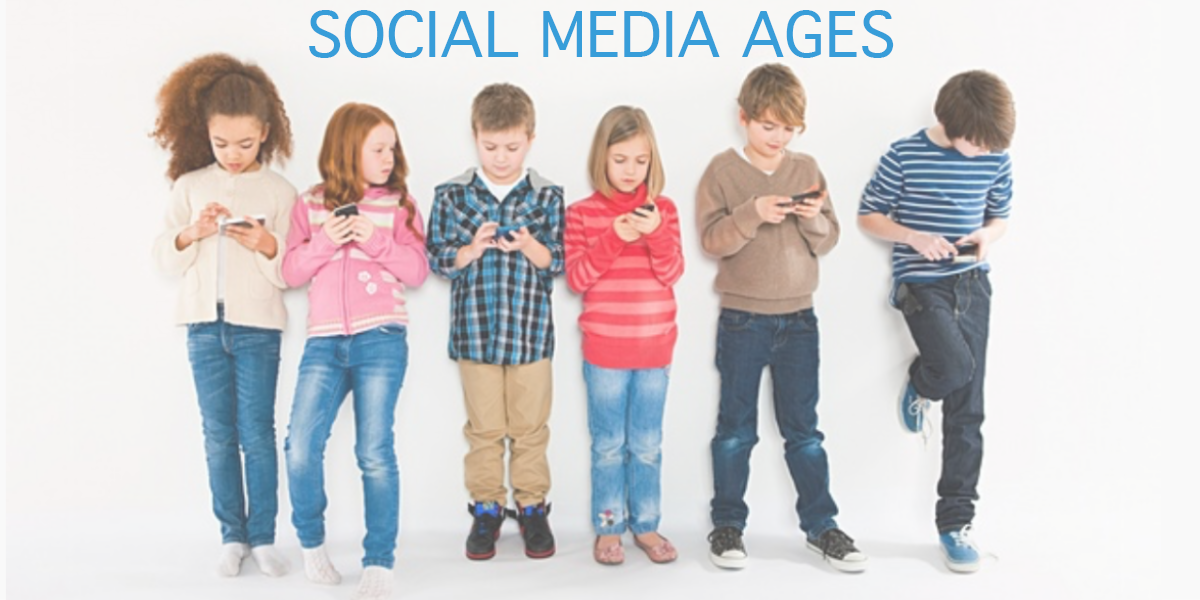 Did you know that it is illegal for children under the age of thirteen to have any Social Media platforms? According to the Children’s Online Privacy Protection Act (COPPA), COPPA imposes certain requirements on operators of websites or online services directed to children under 13 years of age. Therefore most sites do not allow children under the age of thirteen to have an account with them. But on average 10-12 year olds actually DO have social media despite this protection act. With the Social Media world rising, it isn’t rare to see children have an Instagram, Facebook, Twitter or Snapchat account. It’s the “cool” thing to have, duh. One thing children don’t know is that they are breaking the COPPA act. Let’s break down the different Social Media platforms rules on age.

●  Instagram. The minimum age is 13. Believe it or not, when signing up for a new account, the app does not even offer a 1999 year to choose for birth dates. Therefore if you are under 13 on Instagram, you had to lie about your age.

●  Snapchat. A popular social media platform for kids, the minimum age is 13. Snapchat automatically redirects children under 13 to “Snapkidz”, a version of snapchat just for children.

●  Facebook. Did you know that if Facebook finds out that you are under the age of thirteen or your posts indicate that as well, they can terminate your page? Lying about your age is something Facebook takes seriously.

●  Musical.ly. This service is not for users under the age of 13. You actually have to confirm that you are at least 18 years or older when signing up for the app.

Children have a lot more to look forward to than just becoming a teenager on their thirteenth birthday. They will be able to legally access all Social Media platforms and in this day and age, that is huge!